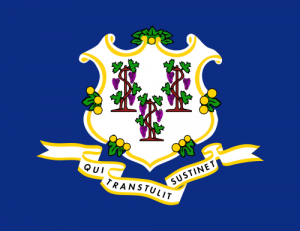 State Information: One of the original 13 states, Connecticut is known as the “Constitution State.” It gets its name from an Algonquian word meaning “land on the long tidal river.” Hartford has been the capital of Connecticut since 1875 and the state flower is the mountain laurel.