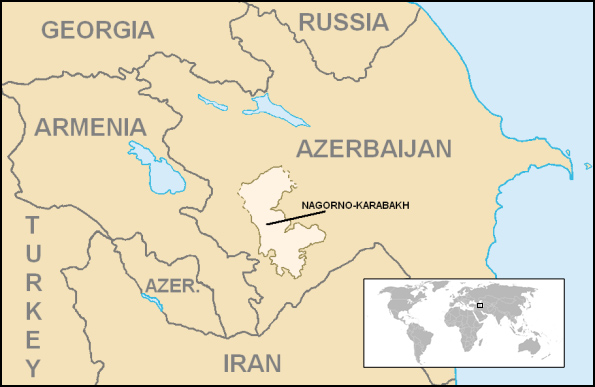 Interesting Facts About the Republic of Nagorno Karabakh

Background: Concrete numbers about the demographic situation in Nagorno Karabakh appear since the 18th century. Archimandrite Minas Tigranian, after completing his secret mission to Persian Armenia ordered by the Russian Tsar Peter the Great stated in a report dated March 14, 1717 that the patriarch of the Gandzasar Monastery, in Nagorno Karabakh, had under his authority 900 Armenian villages.

A survey prepared by the Russian imperial authorities in 1823, several years before the 1828 Armenian migration from Persia to the newly established Armenian Province, shows that all Armenians of Karabakh compactly resided in its highland portion, i.e. on the territory of the five traditional Armenian principalities in Nagorno Karabakh, and constituted an absolute demographic majority on those lands.

With the turmoil caused by the Syrian Civil War, several hundred Syrian-Armenian citizens have moved from Syria to Nagorno-Karabakh Republic. Many of these refugees are being offered assistance by the government in the form of land, housing, extra educational assistance, and other such basics that will help them quickly assimilate and start their new lives.  As the civil war continues, many more families are expected to make the move to Nagorno-Karabakh.

Languages: The main language spoken in Nagorno-Karabakh is Armenian; however, Karabakh Armenians speak a dialect of Armenian which is considerably different from that which is spoken in Armenia as it is layered with Russian, Turkish and Persian words.

Interesting Facts information from the Wikipedia.org website. Read more about the Republic of Nagorno-Karabakh